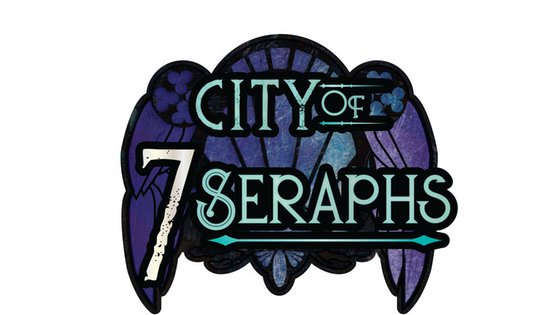 City of Seven Seraphs - A Planar Campaign Capstone for PFRPG

Latest Updates from Our Project:

Thank You Backers!! ALMOST THERE!!

Thank you to all of our team members, friends, family, backers and for getting us to this point. But we need to see it home (and maybe into some amazing Stretch Goals!). Please spread the word! Here are links for ease of sharing:

Thank you all again for your support!!!

Thanks to Aaryn unlocking the Seventh and Final Shadow Lock we are revealing the rest of the Shadow Rewards. After aggressively pricing print and other production costs we are able to confirm the final City of Seven Seraphs book will now have over 400 pages and include a total 7 base classes and 7 planar races. One playtester called it the "Player's Handbook of the Planes!" With the extra page count we can offer all these options without missing a word of detail in the City's Districts or the mysteries of the Parities.

And from Backer #1: "Let's get this moving onto the Kicktraq Hotlist by visiting this site and clicking the green Visit Project button at least twice daily! https://www.kicktraq.com/projects/lostspheres/city-of-seven-seraphs-a-planar-campaign-capstone-f/"

She was the first to find the path,

She was second to walk the shade,

The third fought bravely with no blade,

He found named the living prison,

And you must bear the final key,

The names across the hidden places,

Spoken through the Book of Faces.

If the Archweaver hears your cry,

Greetings Backers! Thank you for your support!

Thanks to Vannesa from South Jordan, Utah for solving the Sixth Shadow Lock! She has earned you all the Radiant! First trained in the fey-twilight of the Lightbringers’ towers, the secrets of the Radiant have become available to all in the City of Seven Seraphs with the will defend and passion to unite. The radiant class is a powerful support veilweaving class with the unique ability to invest their essence in allies to augment and defend, later reclaiming that essence to cleanse and purify.

The Radiant promises some of the most unique support-play in the Pathfinder RPG environment and backers will receive closed playtest access at the end of the Campaign!